We no longer sell Lumix systems (since about 2017). This page if for historical purposes only. Lumix has some design concept that are unique so we find it interesting so see how system have progressed over time.

Lumix stands out in the field of therapy lasers because they make 2 different series of lasers based on the popular superpulsing technology that also deliver high average power levels.

The Series 2 lasers are high duty-cycle super-pulsed lasers. You can tell from the size of the enclosure that these lasers are producing more energy than any other superpulsed laser ( like the TerraQuant or TheraLase). These systems deliver up 250 watts of peak power and 5 watt of average power out of a superpulsed beam. This puts them an order of magnitude higher than competing superpulsed lasers in equivalent output. The other manufacturer do not spec their average power so it can be hard to compare systems but other systems do not have the higher duty cycle (On/Off Ratio) of the Lumix.

The Series 3 lasers operate both a high duty-cycle superpulsed output and continuous wave lasers simultaneously to delivery the benefits of a dual system. These systems give you the best of both worlds. Because of the requirement from the FDA, laser system have been split between lower class superpulsed lasers and class 4 continuous lasers. Most high power lasers are either superpulsed for safety or class 4 lasers that require constant motion to be safe. The series 3 Lumix laser combine a very high wattage superpulsed laser system @ 910nm with a continuous output 810nm system to delivery the best of both. These floor standing unit are designed mainly for unattended operation. Lumix has pushed the power level boundary to the max for a system that is still safe enough to leave unattended.

If you like the concept of superpulsing a laser to get extremely high peak power but you don't want to sacrifice the the lower dosages you typically get with a low duty-cycle system, the Lumix systems are your answer. In the both the series 2 and series 3 products, they offer superpulsing systems where the laser is turned on more than lower cost superpulsing lasers. This generates more heat in the unit and requires more expensive cooling requirement but it is all worth it to get both a high peak power and high average power. There is no cheating physics and you can see the difference between the Lumix and other superpulsing systems in the overall laser size. With these systems you can target standard photobiomodulation energy levels based on the average power and get the extra stimulation effect that you get from a superpulsing system. These system are far superior to any other super-pulsed lasers on the market because they are deliver both high peak power and high average power. Other superpulsed lasers operate at duty cycles so low that they do not even spec their average power, the Lumix delivers average powers up to 5 watts. If you like the concept of super-pulsing, the Lumix lasers are the best in the business.

Both the Series 2 and Series 3 Lumix lasers offer: 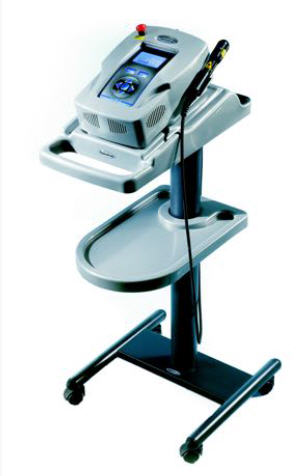 These system are operate both CW and Superpulsing simultaneously.

All Lumix systems also include the expanded protocol library and a 2 year warranty. An extended warranty can be purchased with any system.

The systems below are obsolete and only shown here for historical reference. Their new systems are bases on either 910nm only or a combination of 910nm with 1064nm. We do not support 1064nm as research shows this wavelength inappropriate. Please look at this independent research showing that wavelengths above 860nm are great for heating tissue but not very good for therapy. Also ask anyone selling a 1064nm wavelength devices to show you why that wavelength would be good for therapy. We have not been able to find any non-financial reason to use wavelengths outside of the therapeutic window.

These laser come with installation and training plus general business integration.

Here are a few reasons to buy from ColdLasers.Org

Copyright 2022 ColdLasers.Org Sitemap | Terms Of Service | Return Policy | ColdLasers.Org sells PBM systems. We aggregate and summarize information from many PBM manufacturers. This information is for reference only and is not medical advice. The information provided through this website should not be used for diagnosing or treating health problems or diseases. If you have or suspect you may have a health problem, consult your healthcare provider.